In the beginning when God began creating the heavens and the earth (Genesis 1:14), "And God said, let there be lights in the firmament of the heaven to divide the day from the night, AND LET THEM BE FOR SIGNS..." Therefore we need to pay careful attention to signs in the heavens as they are messages/signs from our creator.

A Blood Moon is considered to be a (bad) omen for the nation Israel - (Lunar calendar). In 2014 and 2015 God has placed four such signs in the heavens in the form of a tetrad; this sign is four total lunar eclipses occurring in an unbroken sequence also called blood moons (because of their red appearance). These two sets of back to back total lunar eclipses fall on the Feasts of Passover and Tabernacles in both years. This rare occurrence happened only twice last century on these holy days. In 1949/50 the years directly after Israel became a nation (after nearly 1900 years) and again in 1967/68 when Israel miraculously recaptured her ancient capital Jerusalem (after 2500 years). At the time of the last two tetrads Israel was attacked and so it should come as no surprise that after the first Blood moon (April 15, 2014) of this current Tetrad Israel was again attacked...

Black Suns (solar eclipses) are said to be omens to the Gentile nations (Solar calendar). In the 2014-2015 Shmita year we had a Black Sun linked to the Blood Moon on Passover 2015 (Joel 2:31). These warning signs are for us to be spiritually ready

WE HAVE NOW ENTERED UNCHARTERED TERRITORY - ARE YOU RAPTURE READY? 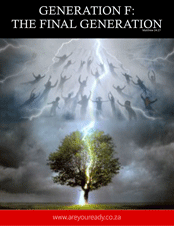